Humanity all lined up to support one another and live life as a thriving group. 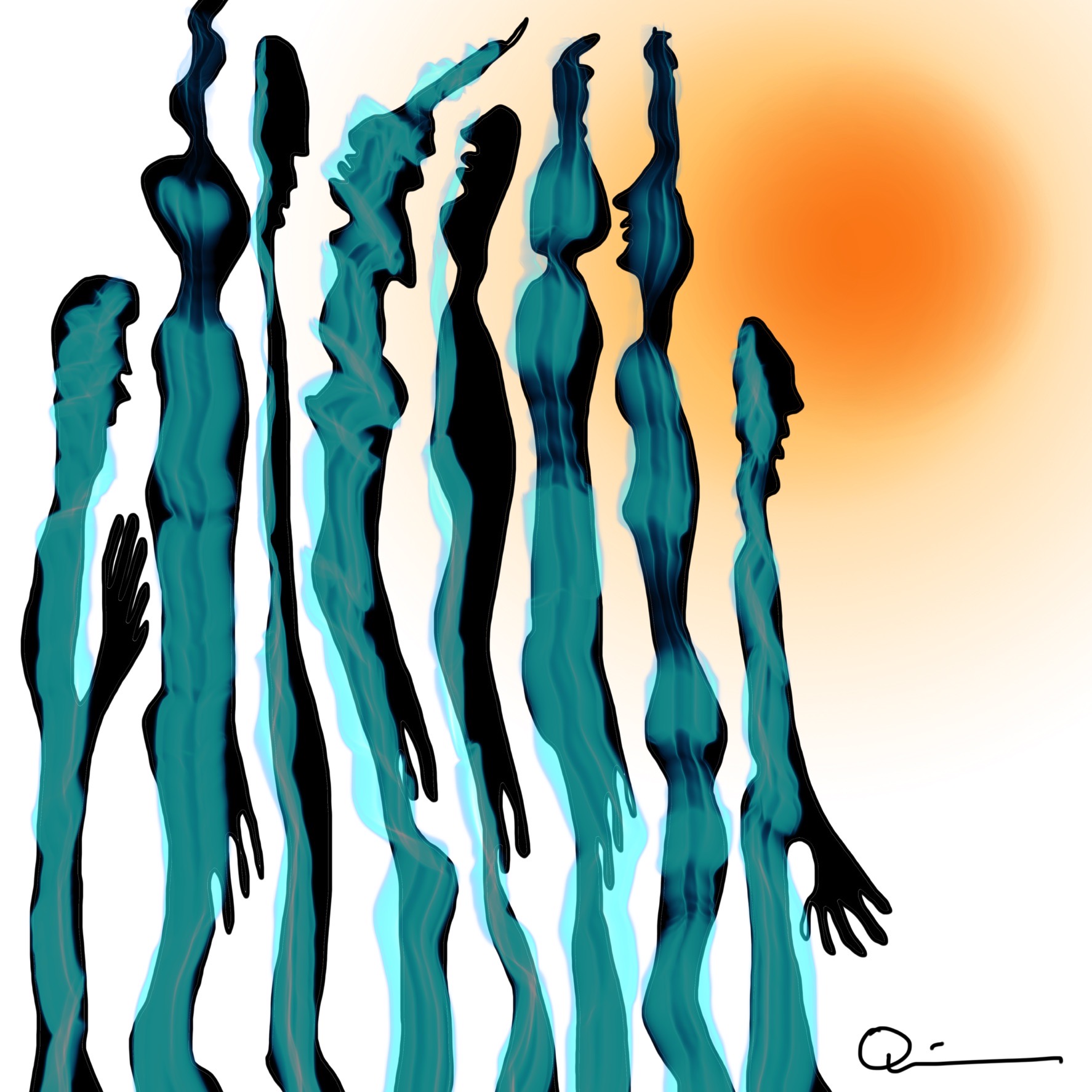 Sometimes in flipping through my earlier work, a feeling of pride and accomplishment wells up inside me … egotistical? … maybe … but I nailed it on this one. 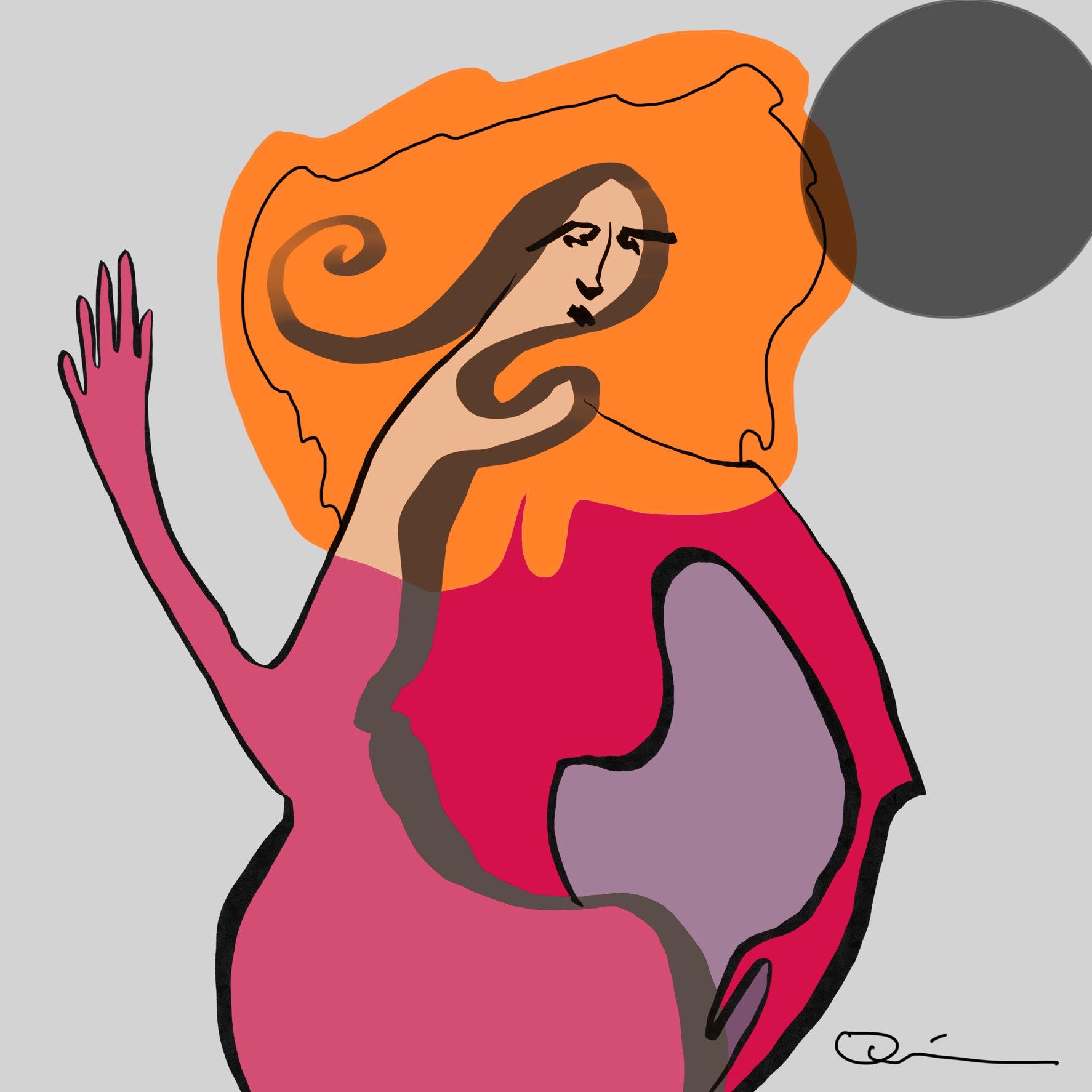 Every once in a while I take a step back from a work I’ve created, and I honestly enjoy it all over again … I say to myself, “now that is good!” And I get a big grin on my face. ‘Vision 4” is such a work … what do you think? 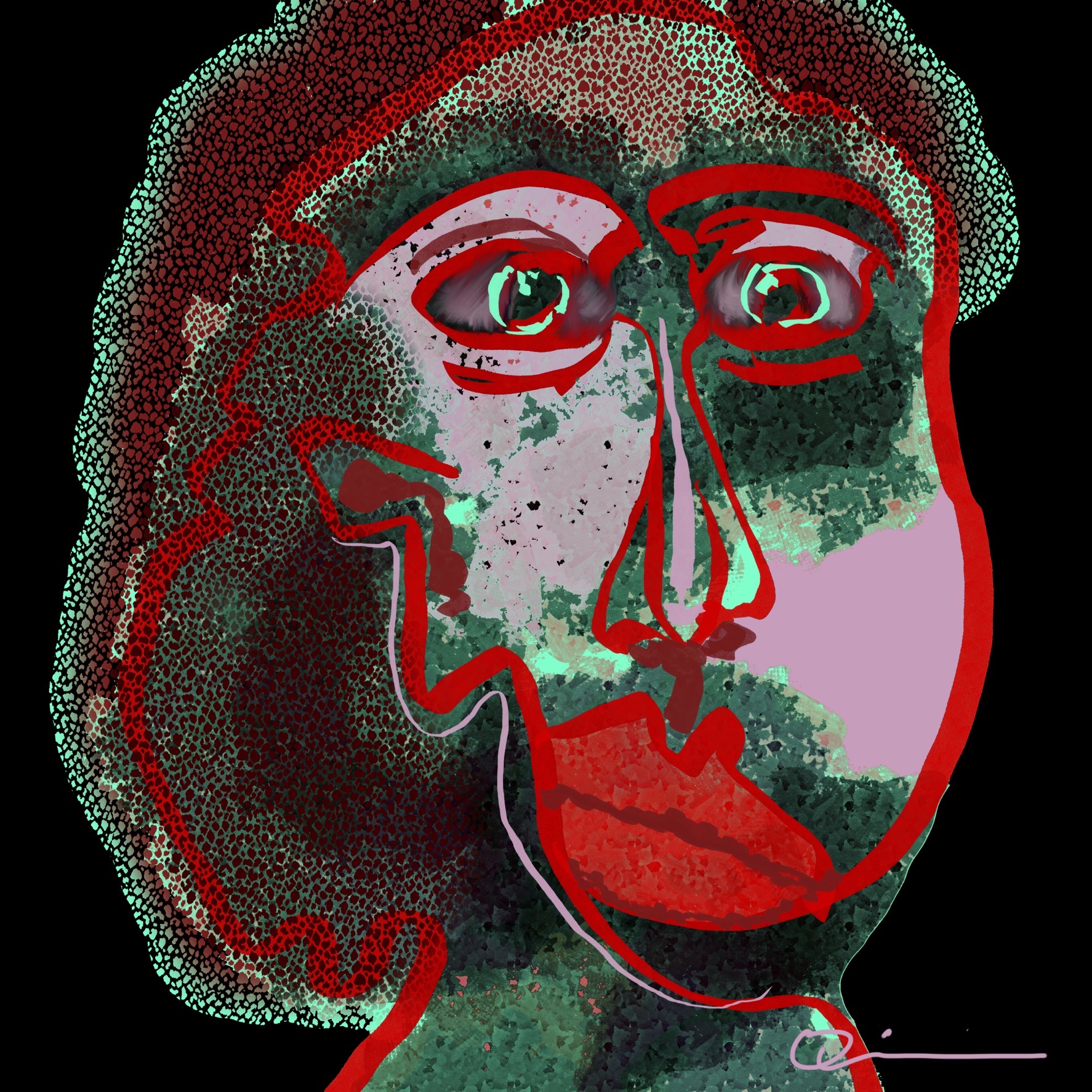 Sometimes inspiration sneaks up on me. I created this face and named it “Hush”. It seemed hauntingly familiar to me. When I posted it, it got several comments, ‘it’s Jimi”. I realized I had been seeing many images of this talented man because it was the 52nd anniversary of his untimely passing. With the encouragement of friends, I saw it, and now I can’t unsee it. I added “Jimi Hendrix” to the title. 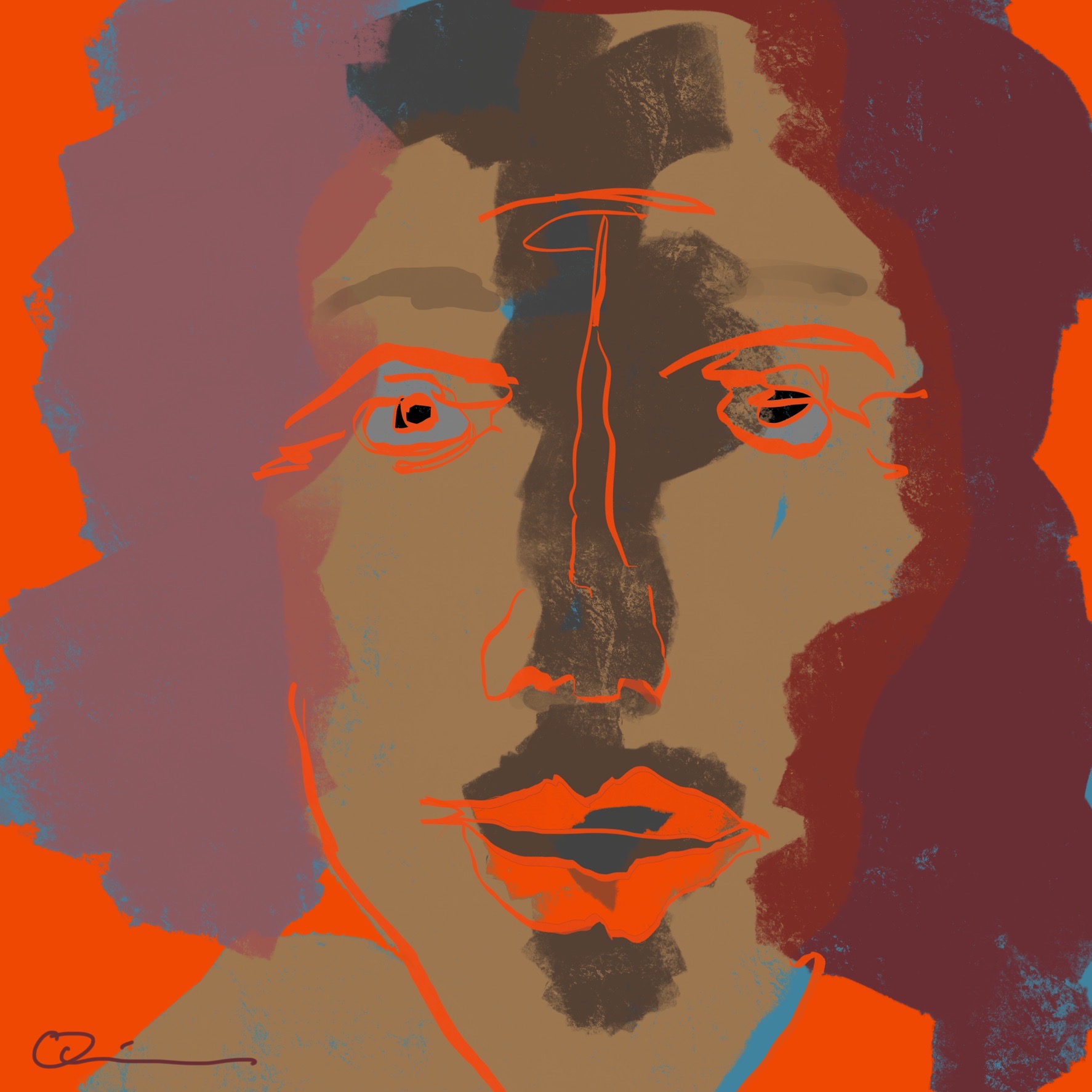 There is a lot of significance in this one. The power of an aligned couple is greater than the sum of its parts. I’ve found this to be a vital piece of information and the theme is often repeated in my work. 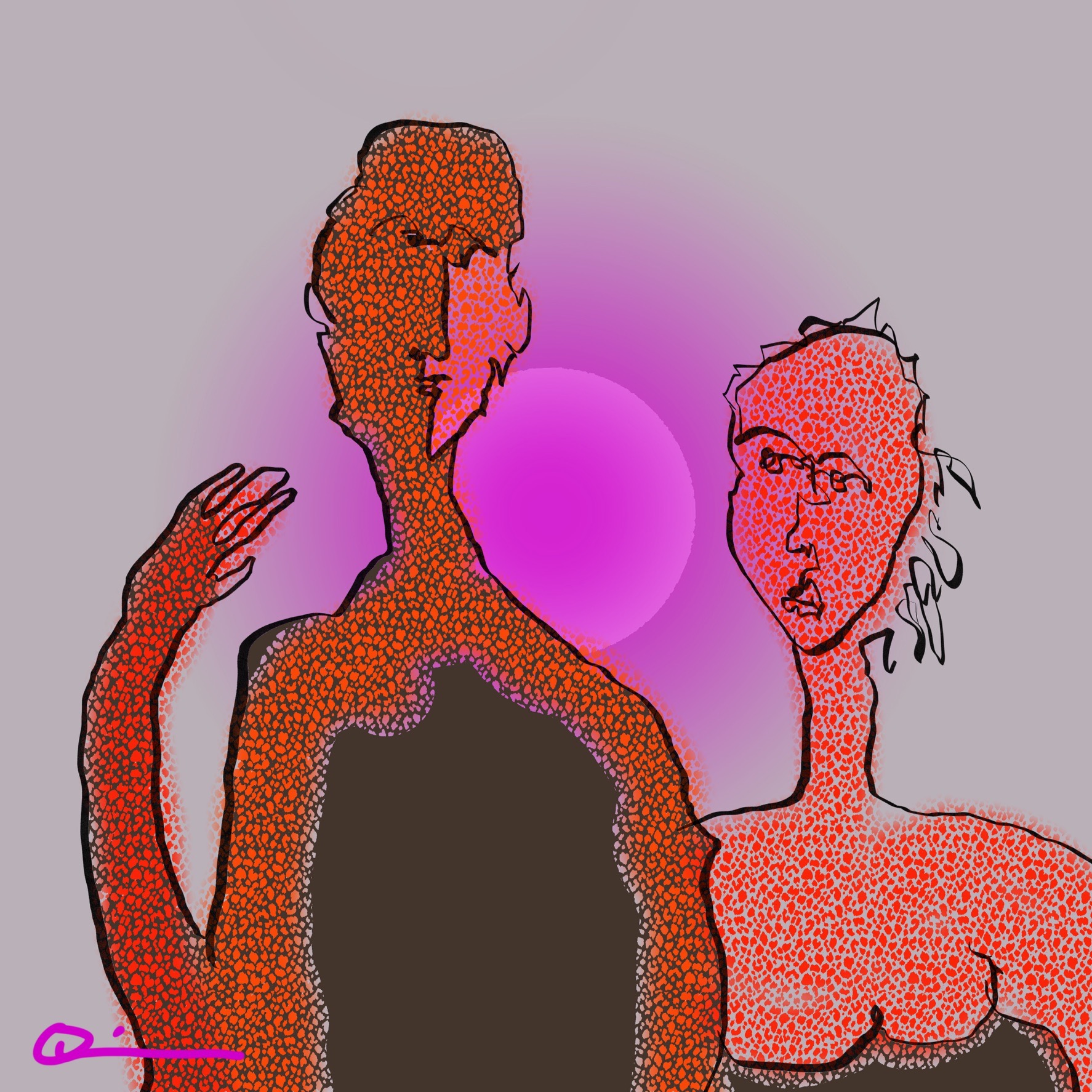 Every once in a while I really tap in to my minimalist roots. I’m impressed with this one as it expresses so much with its simple truth. What do you think? 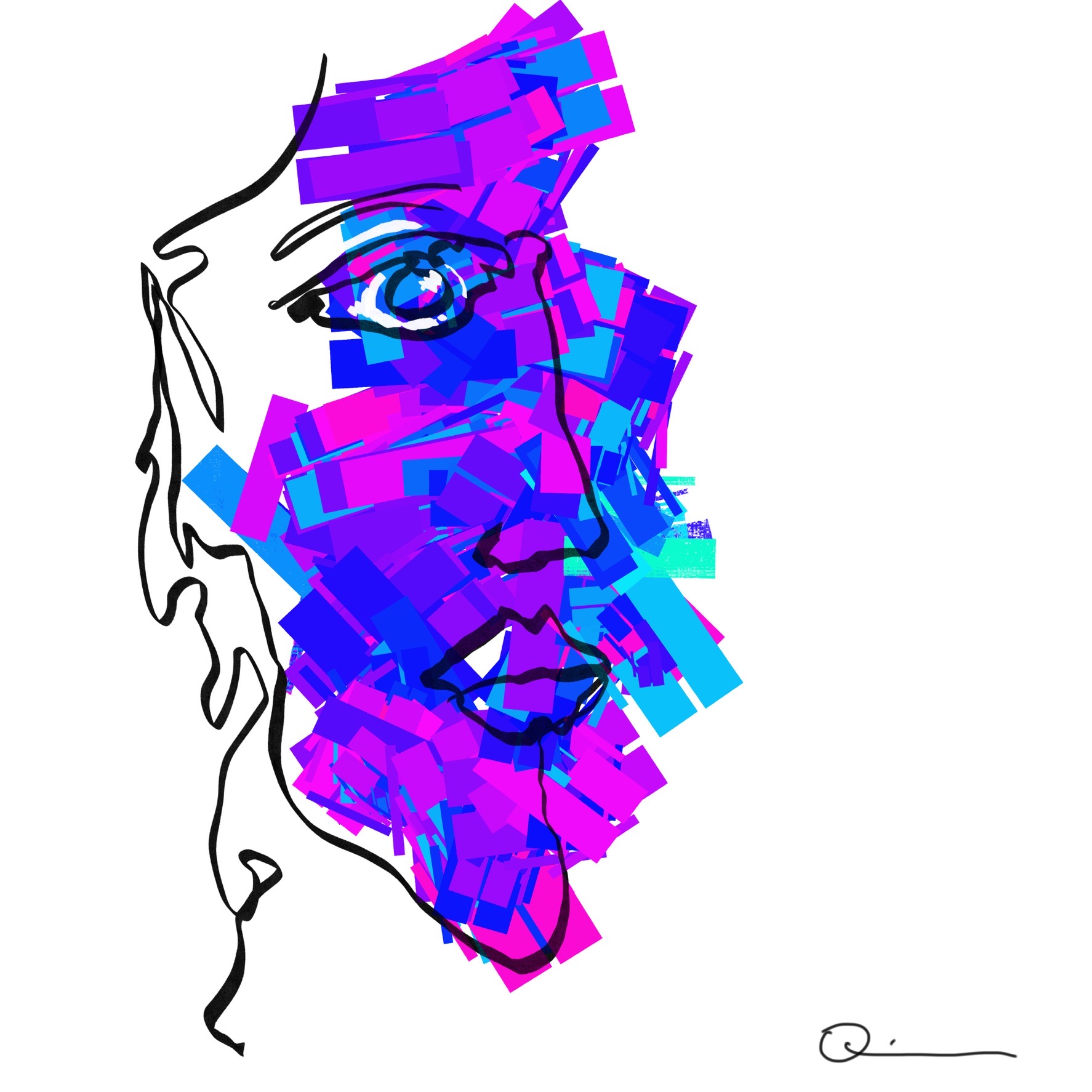 This one just pops from me … straight from the spirit. I hope you like it too and it inspires you to do great things. 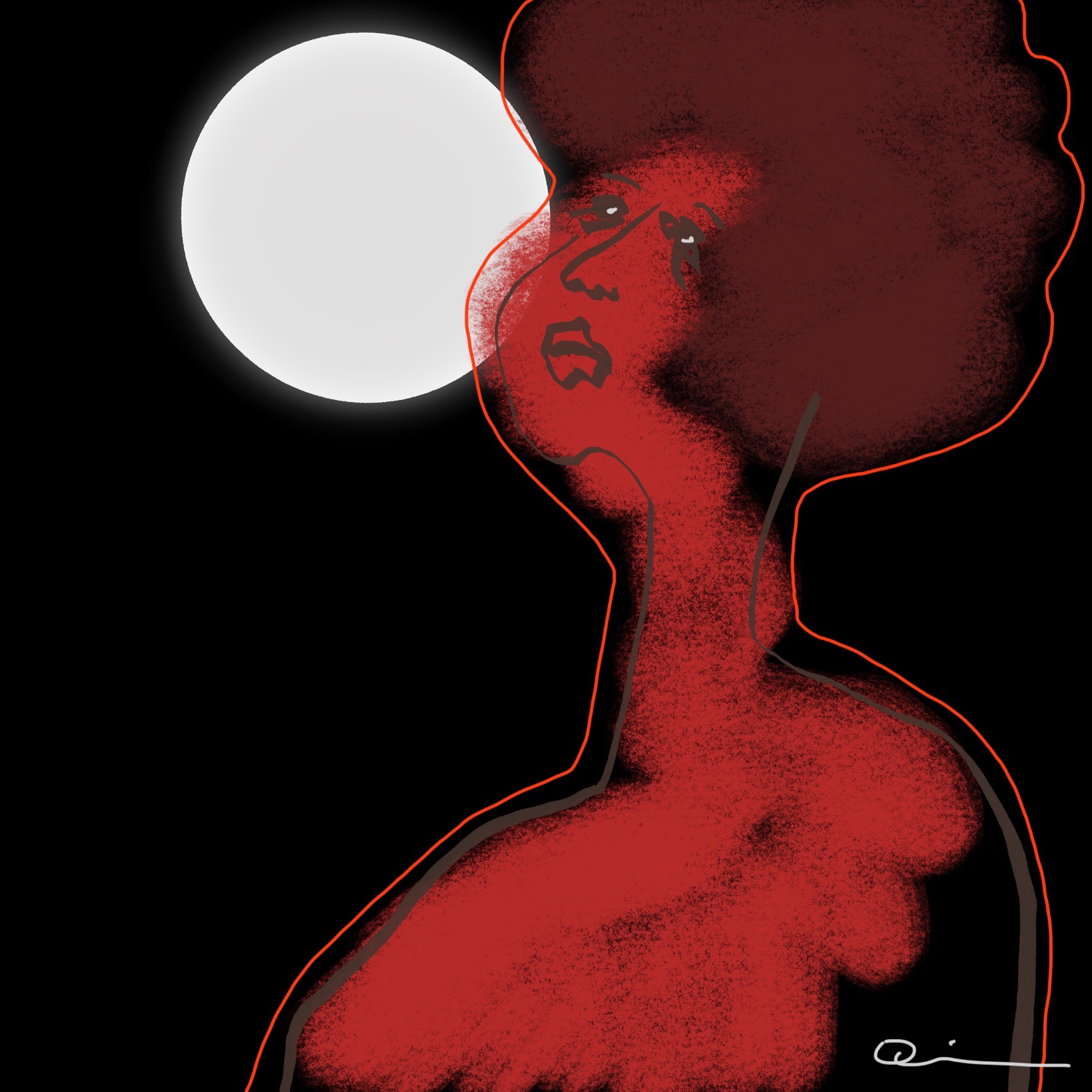 Creating is such a wonderful adventure. I often surprise myself and I think that’s one of the most compelling things about it. This one started with the yellow lines and led me to the dawning of civilization. I could feel the warmth of the sun baking my primitive body. 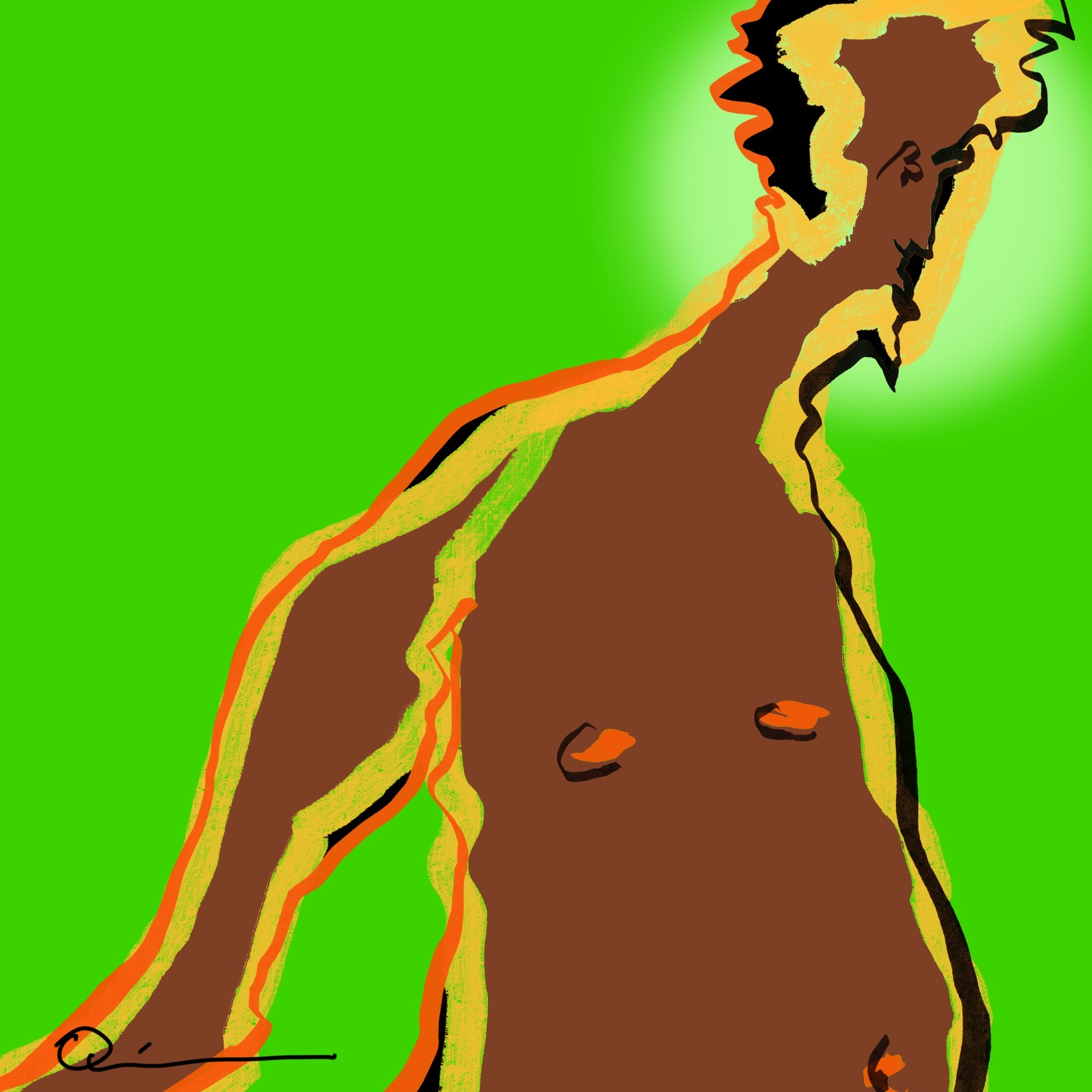 This is actually a self-portrait – my relentless search as a spirit impeded by physical annoyances. 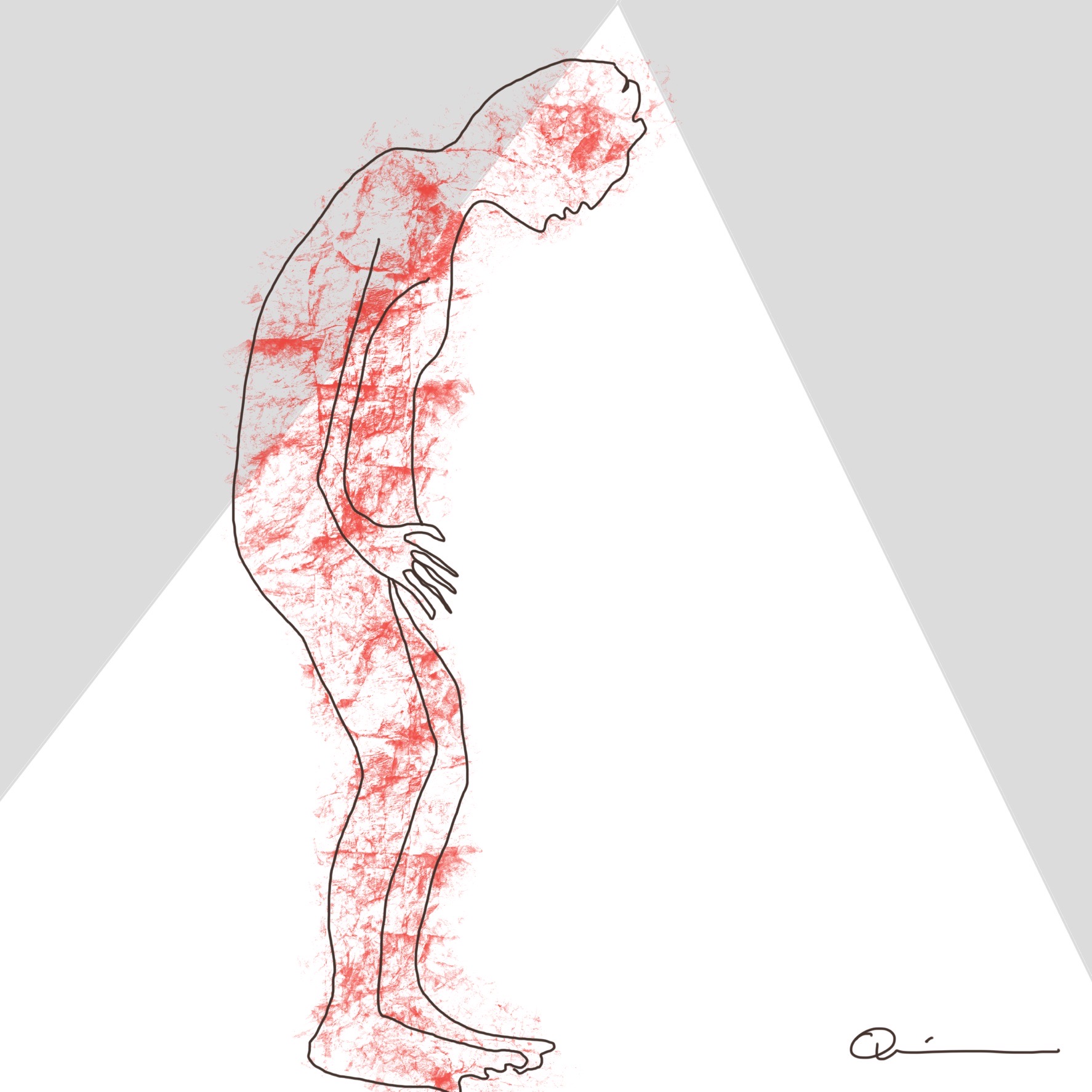 I usually start with black or dark lines and then add in color. I’ve recently taken a different tack and started with color shapes and then added the dark lines to create the images suggested to me by the colored shapes. This has added some new dimensions to my work. 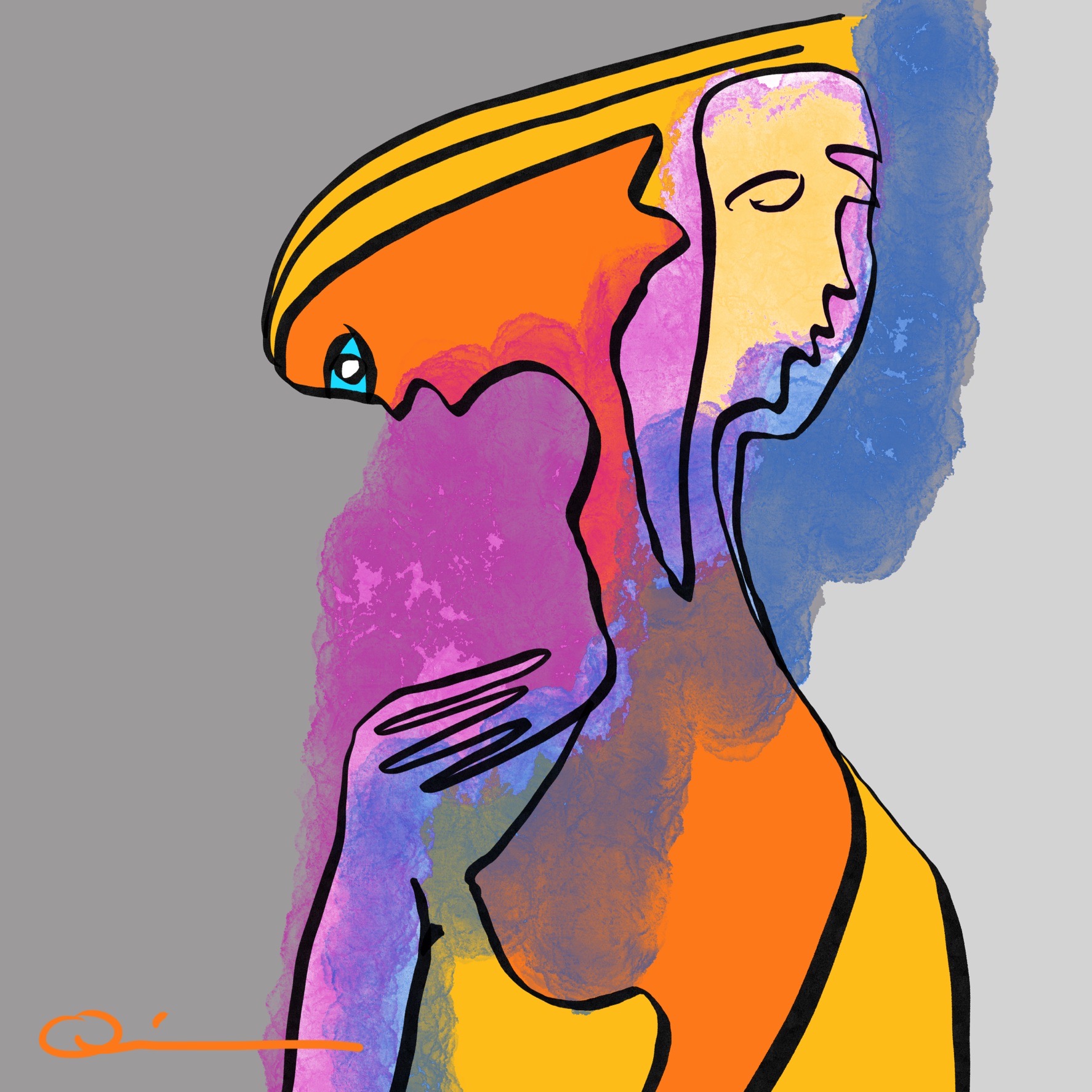